Wallsend Community Preschool had its beginnings in a small church hall in Metcalfe Street, Wallsend in 1963 when a committee was formed to establish a community based preschool.

The preschool later moved to a church hall in Tyrell Street Wallsend . New premises were needed when the preschool was advised that Tyrell Street was being widened and the hall was being demolished. There was an extensive search for suitable premises /land to move the preschool to which resulted in the purchase of St James Church Hall in Abbott Street in 1978 for $26 000. To obtain this loan, 20 community members became trustees and were liable for the funds until it was repaid. The preschool needed interior alterations to convert from a Church Hall to a preschool and this was completed by a builder whose family attended the Preschool, charging for material only. The families of children attending became the volunteer labour to keep costs down. 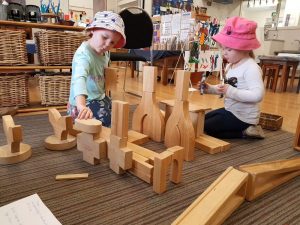 From these humble beginnings, our preschool has grown to the unique place that it is today.